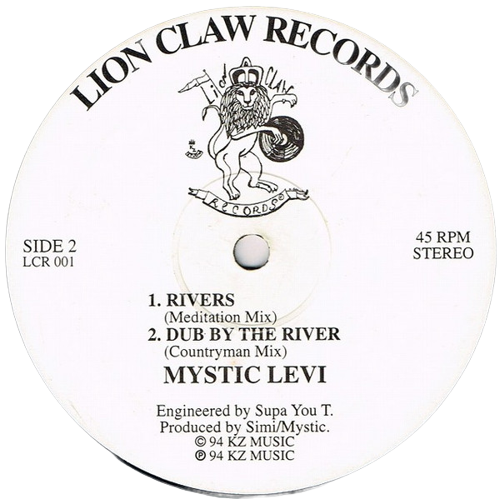 Some of my favorite sounds of all time - spent quite a while chasing this down after hearing “Rivers” (at 33rpm) on DJ Python’s erstwhile YouTube channel / lifestyle vlog. I’ve got next to no context for the release, besides the “Digital Roots” genre tag, but all three current uploads somehow managed to summon either Simi Disciple or Mystic Levi into the comments ro provide a little bit of background. (See comments from “troy gordon” here: ”Land by the river is the original vocals to this tune written by Simi Disciple,hence 'Rivers' became it's anthem!For the record,T.Gordon is Simi which is me!”)