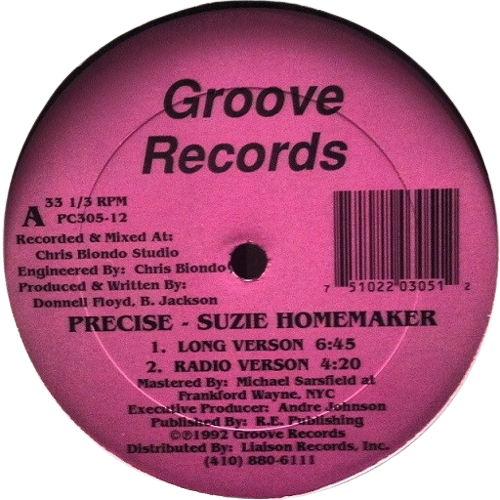 I know very little about Go-Go to begin with, and less still about the one-off(?) “Precise” crew that’s on the label here (always warms the heart to see how relatively well-documented a group like Rare Essence remains, though). Speaking of which, the other (non-Groove Records) issue of this single is the sole non-Rare Essence release among 30 or so on a label called “Sounds of the Capital.” So, maybe that’s something. Anyway, sick tune in all four variations.