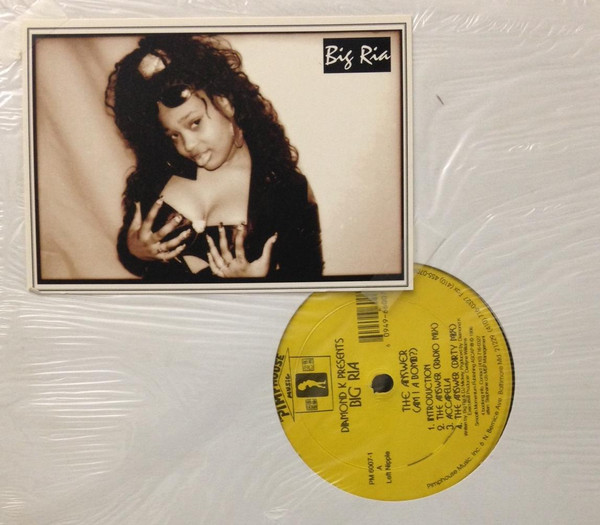 I was moved to pull this back outta the boxes after a series of DMs with the inimitable billdifferen, whose 2022 club music survey raised a couple questions about exactly how far back the “club rap” sound went. Rather than Rod Lee, who you could make some galaxy brain case for as the Rod Wave of the broader club music universe, I think the main Baltimore guy responsible here is Diamond K, steward of Pimphouse Music and High Rolla Records. Now some kind of current events YouTuber, his channel has at least one ancient upload of a show at the Baltimore club Hammerjacks, mainstay of nostalgic comments on Baltimore club videos across the site. Besides the distinct hip-hop bent of the entire thing - I was in neither the time nor the place to really weigh in on this, but it strikes me as a very Tunnel-esque atmosphere - there’s the musical content; in between an ungodly amount of crowdwork, Big Ria performs “Hey U Knuckleheads” and Foe gives us about 30 seconds of “Blow Up Girl.”

There exists a parallel version of ”Blow Up Girl” called “Are U The Bomb?,” to which this Big Ria record’s “The Answer” responds - though the #bars in both cases are heavily in struggle territory, there’s a distinct rapper-ly quality to both, particularly the Foe track (in between the call-and-response hooks on “Hey U Knuckleheads,” Big Ria’s verses are still mostly lists of neighborhoods, a la the Miss Tony lineage - see Master of Ceremonies, later released on High Rolla Records).

Anyway, it probably goes without saying that there’s no single line to be drawn from Big Ria to Zahsosaa and the Philly Goats - this is merely one potential answer to the question of who first adopted a distinctly rapped affect over club beats, vs. the more common sing-songy hooks or sampled rap acapellas that came along a little bit later. If anything, the more interesting connection to be teased out may be whether the pervasive Baltimorean irony of the early 2000s - whatever it was that produced remixes of “Mr. Postman,” the Spongebob theme, or “Do You Know The Muffin Man” - is the same impulse that brought us $loan x Skiano’s “BabyShark,” Lil Gray’s “Eastern Motors Freestyle,” or any part of the “sample drill” wave that’s since straddled the club revival and 2019 DMV rap moment. If I had to guess, it may just be the natural tendency of highly-regionalized sounds that become online phenomena (see 2010s Jersey club remixes) - the most successful exports are those which tap into to some kind of shared vocabulary, even - especially - if it’s a meme-y one.