Do you have a moment to talk about Tweet's Southern Hummingbird? 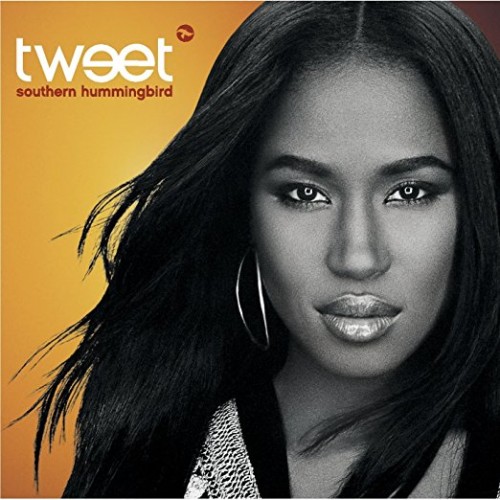 I can’t front: churning the ol’ newsletter out week by week has become pretty routine (not necessarily a bad thing). In the ten-or-so minutes before I send out a given week’s edition, I decide what I’ll be writing about the next week, then put it out of mind until at least Saturday morning. Over the weekend, I’ll adjust my listening habits to emphasize whatever it is that I’m supposed to be thinking about and take note of any recurring phrases/ideas in the accompanying internal monologue. On Monday, I’ll think “boy, I better get to writing this week’s Hip Replacement, and sometime Wednesday evening, having exhausted all other possible preoccupations, I’ll get to it. I’ll do a quick edit during the daytime on Thursday (as my workdays are obviously almost entirely free), send the email off, file my copy to a Gmail folder named “Warm, and proceed to spend the rest of the day going over the dumb errors that became immediately apparent as soon as I sent the email.

Not so with Southern Hummingbird (although yes, it is Wednesday night). Like Visions of the Country before it, this album is fully embedded in... if not my identity per se, then at least the ongoing background processes of my consciousness. Hummingbird is Southern in the way that I am; enthusiastically, if not particularly authentically* (Tweet, as it turns out, is from Rochester, NY), and at the very least impossible to extricate fully from the long-standing Southern musical traditions that animate it, both directly (by name) and indirectly (Tweet’s career was very much enabled by 757 natives Timbaland and Missy Elliott). It’s an album that is nearly impossible to imagine listening to at any time but night, and ideally a night that has relieved a long, impossibly humid day.

The wildest thing about Southern Hummingbird is how extremely it oscillates between utter timelessness and unmistakable turn-of-the-century-ness. It’s a win-win for me, of course, as I have loved far more dated r’n’b albums, but it’s unbelievable how fresh a couple of these records sound even among the ample acoustic guitar hammer-ons that have so sadly fallen out of style. “Smoking Cigarettes could and should have been a hit every year since its release, and a handful of other tracks sounds as up to the minute (or, in the case of “Make Ur Move, remained current until at least 2013-2014, no small feat for an album released in 2002). At the same time, a song like “Complain would’ve been considerably lessened had it come out at any other moment in time (had the album come out during this recent era of rappers being allowed - encouraged, even! - to have feelings, I shudder to think who would have showed up as a feature).

More than the choice musical sensibilities at play, it’s the directness of the album that makes it so engaging. This was an era largely before lyrics sites and certainly, blessedly, before lyrics interpretation sites. In terms of capturing the listener, you had the readily perceptible lyrical/musical content of your album and maybe a couple videos for the obvious singles - that's it. It’s difficult to pinpoint what has changed about listening to love songs - whether it’s the lyrical specificity of a bygone era or the fact that there was no weird digital dynamic (FaceTime, texting, hotlines blinging and otherwise) shoehorned in for maximum relatability (I don’t think it’s a coincidence that the best r’n’b album of the current era is one that adopted an explicitly anti-technological stance). There’s not that much that I feel with conviction these days, certainly nothing that I would express as “We could be on separate planets / The Earth or the moon / Heart to heart / We're still in tune, and it’s nice to be able to subcontract that sort of emotional stimulus directly rather than negotiating modern r’n’b’s tendency towards unrelatable specificity (say, an entire album about the experience of being cheated on by and later forgiving your husband Jay-Z) or immersion in a hyper-stylized version of an emotion you may once have briefly experienced (the Charli XCX oeuvre). As always, score one for Rihanna’s ANTI (and Solange’s A Seat at the Table, for which Southern Hummingbird was named as a major influence).

In the end, Southern Hummingbird’s real strength is that it checks all the boxes for a specific, obsessive musical relationship: relatively unheralded, unmatched within the artist’s catalog, and personal in a way that makes it feel authentic if not perfectly relatable (i.e. where Tweet is not echoing the listener’s experiences exactly, she gives enough for her own to be inhabited). Ultimately, it’s instructive; I know these feelings in the abstract, and for them to be given voice and a soundtrack is to transform dwelling into sharing, commiserating and conquering them with the help of my dear friend Tweet.

* On more than one occasion (“more than one here meaning “two, probably, but still), I have briefly found myself the center of attention at a party simply by being from Virginia; besides Florida, very few of Denver’s transplants come from the South, and those that do are of enormous, often uncomfortably anthropological interest. A flurry of mildly insulting questions follows: Did everyone you know vote for Trump? (no) How did you hear about Denver? (?) Can you do your accent? (???), but it’s probably been a net social positive on the whole.