The Sonic Landscape of New Mexico 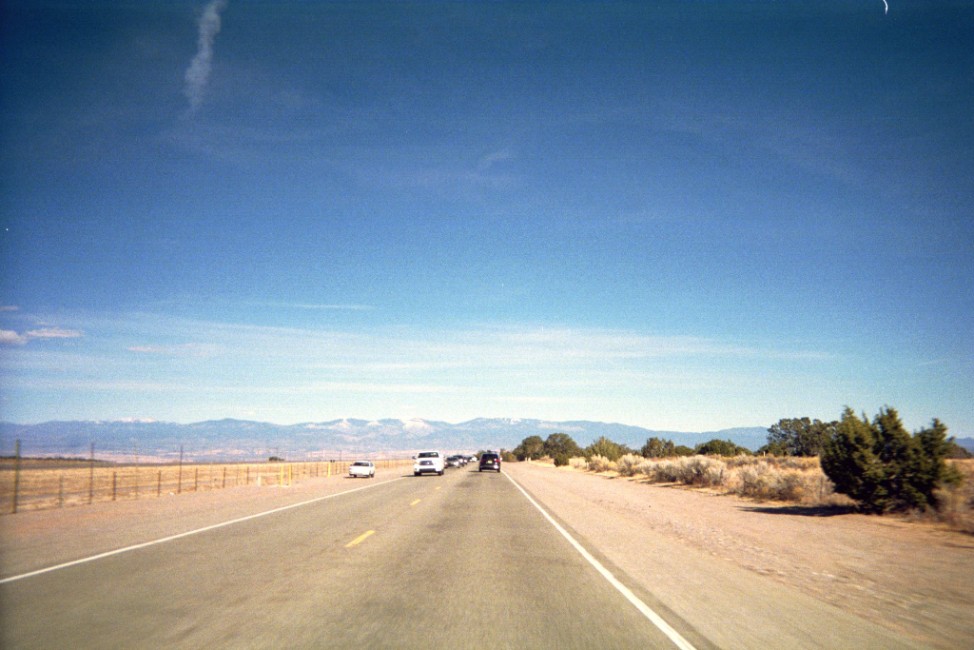 Having submitted my two weeks' notice to my job (the one I've written about before in this space), I redirected all efforts to getting fired as quickly as possible. I had already planned to go down to Santa Fe for the weekend of my birthday, and the sooner I could prove myself useless the more I could extend the trip.

It took two and a half days, leaving me a full eleven until I had to be anywhere in particular. I decided to take a week. 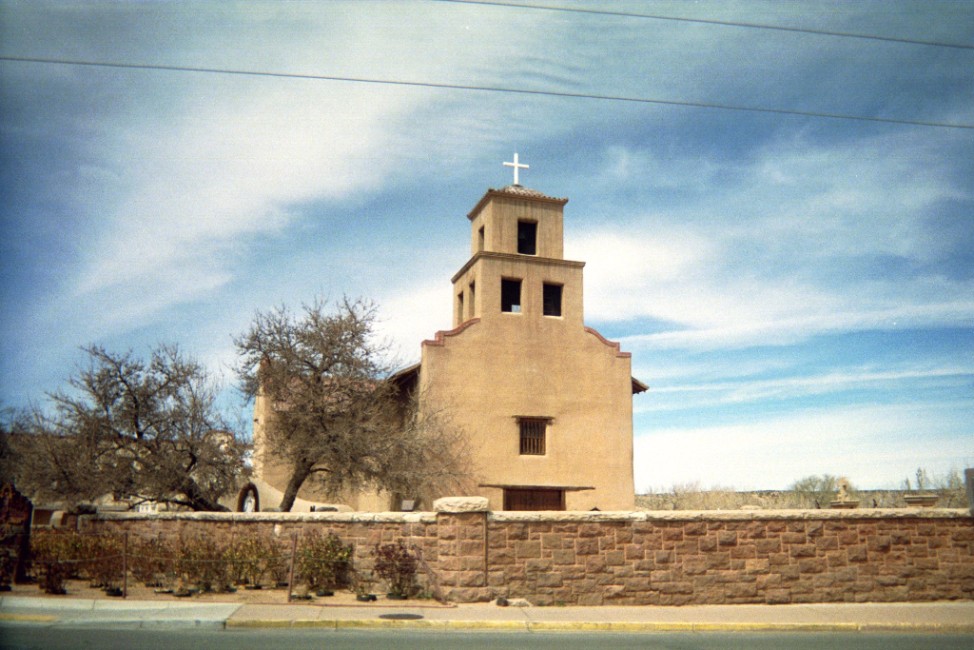 Santa Fe kind of sucks. It reminded me immediately of Oaxaca, an enormous boon except for the one striking difference: Santa Fe, or at least the downtown area on which the city's image is made, is populated almost entirely by old white folks. It's a city for people who thought that the literal interpretation of "New Mexico" sounded appealing. On the strength of a few iconic (and dead) former residents, it has an "art scene" to the same extent that a museum gift shop does, doing a roaring trade in reproductions - exact and unashamedly derivative alike - of the Maria Martinez catalog. The most thriving business I saw in the whole place was an outdoor furniture store with a big sign that said "SUMMER IS ALMOST HERE! REPLACE YOUR DECK CUSHIONS NOW." And really, what more could you expect for a city populated by Tuberculosis sufferers? It feels an awful lot like interest in the Spanish Colonial style goes beyond architecture there nahmean.

Cool landscape, though. The first full day I was there, I visited Los Alamos, the city that loves the atomic bomb. To the Los Alaman, there are three things worth noting - the brief, illustrious existence of some bullshit early 20th century private school called The Ranch School (attended by William Burroughs and, for a semester before transferring elsewhere because he hated the outdoors, Gore Vidal*), the Manhattan Project, and the extreme number of Nobel laureates who have spent time there because of the prior. I thought the various local museums were actually quite well done, and enjoyed myself except for the absurd number of businesses named, like, "Atomic Eyecare" or some shit.

I also went to Bandelier National Monument, an incredibly cool canyon full of cliff dwellings that once (a rack or so of years ago) supported a population of 500. The trip would have been uneventful (if beautiful) most days, but this was Easter weekend and New Mexico's state route 285 North was full of people, many on crutches, some crawling, making the pilgrimage to Chimayó, the "Lourdes of the West," in hopes of being healed.

There wasn't a lot of good sound going on in Santa Fe, but I did meet this talkative raven.

* In Albuquerque, I stayed with a couple who repeatedly referred to themselves, in person and on Airbnb, as "the philosophers" - based on them chuckling when I related the Gore Vidal tidbit without any sense of why it would be funny, it's a good factoid for when you find yourself trapped at a certain sort of party.

** I should note that I have the time or, really, the interest (there's a lot of standing in line, apparently) to go to Meow Wolf, the one thing in Santa Fe that is supposedly quite cool. Everything in the west is arranged vertically - since Santa Fe lies right on I-25 it's inevitable that I'll pass through again and check out the missing piece. 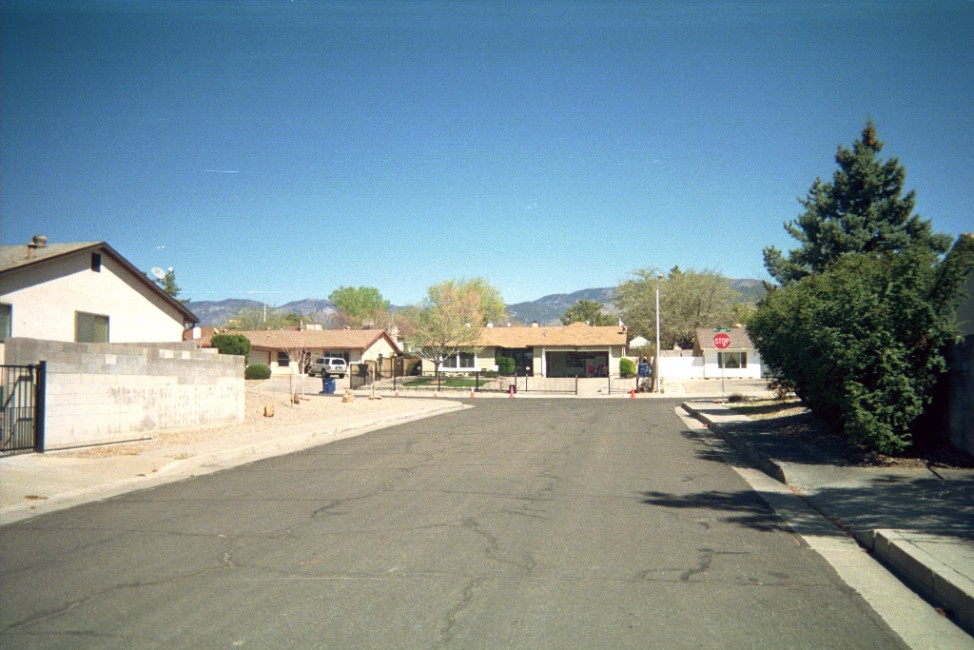 There is very little to say about Albuquerque. 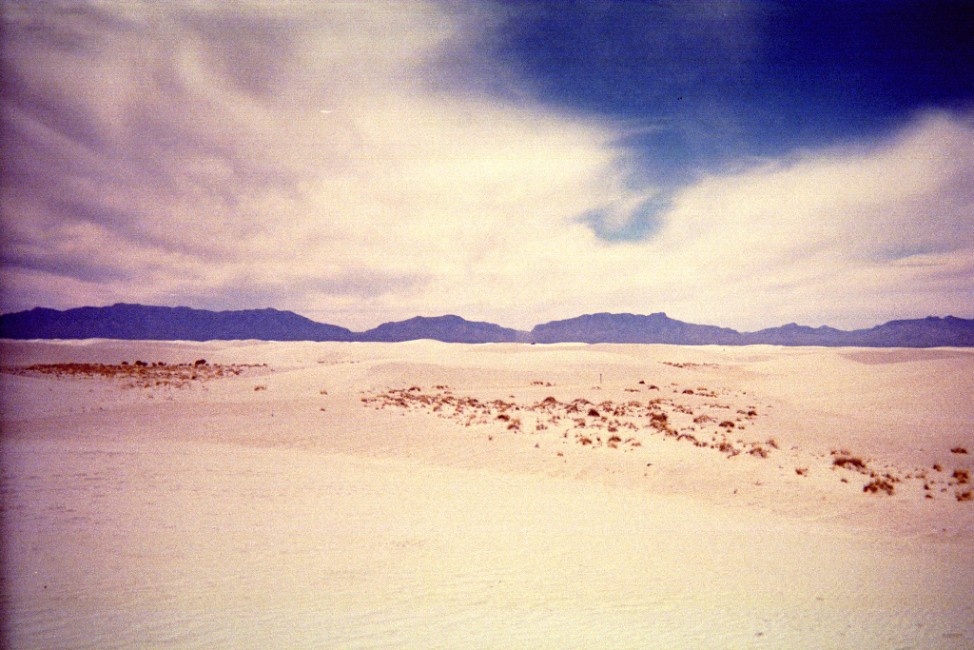 South of Albuquerque and north of Old Mexico, New Mexico has very little to offer in the way of civilization. I drove a ways for a while, passing a town called Truth or Consequences, a place called the Valley of Fires (in which the El Malpais lava flow bubbled up from the ground, some five or six thousand years ago, at a rate of "five bathtubs a second"), and, hours south from where it was engineered, the place where the first atomic bomb was tested. Ultimately, I was bound for White Sands National Monument, a piece of federal land that I assumed to be aptly-named and thus could not pass up.

Yes and no. White Sands was very cool, if not exactly what I expected. As I entered the park, I noticed a sign that said "no alcoholic beverages January-May," which I'd never seen specified elsewhere (the entrance of Bandelier, by contrast, bore the extremely badass claim "all within is protected"). The reason soon became clear, as I drove on asphalt and then sand before reaching the back of the park, essentially a series of large cul-de-sacs ensconced and isolated by enormous white dunes. Here in nature, *record scratch*, people were tailgating hard as hell. Each lot held a few clusters of trucks, with which people had brought in tents, grills, and coolers full of cans legally unidentifiable as alcohol, posting up at unoccupied dunes to wile away the day eating, drinking, and sand-surfing. As incongruous as the scene was with the idea of a "national monument," it looked extremely fun and I can't hate, not least because complete isolation was a mere dune away. Equal parts curious and conscious of my very pale complexion, I started climbing and got completely lost within five minutes. Initially talking myself into going just a little farther for the ideal photo or something, I ended up wandering for... some time, unable to hear or see any sort of clue as to where I had come from. Ultimately, I found my way back because the party nearest where I had parked began to play music ("Mi Gente," obviously) loud enough to carry over the dunes. 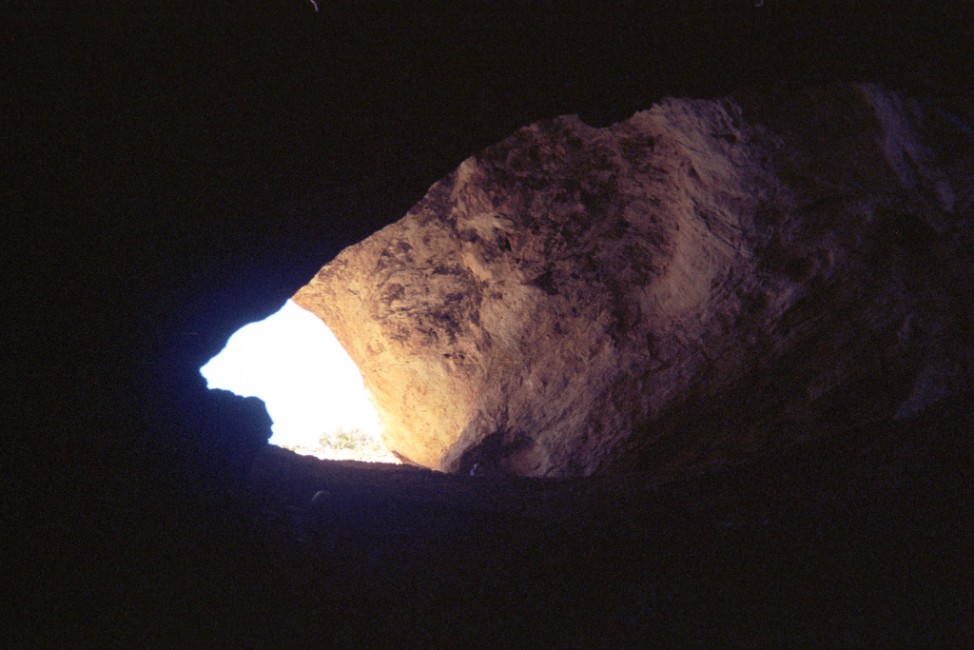 Much like the trip itself, this piece was intended to be about New Mexico but will instead focus on Texas. El Paso was the natural endpoint of the trip, not only because of its mythical status in gunfighter balladry but because to proceed any further south requires crossing the border. El Paso and Juarez form a single metropolis, contiguous except for the fence and the very dry Rio Grande. It's the only place along the US-Mexico border at which two major cities collide (although much further east one finds Laredo, Texas facing, appropriately enough, Nuevo Laredo, Mexico), and the fact that Juarez's expanse can be seen from within the United States is the dumb and correct reason that it has been the staging ground for all manner of stupid, cross-border cop shows.

No matter; El Paso is a paradise. I had initially planned to spend only the night and stay in Roswell, NM the next, but a general disinterest in UFO tourist traps and an extreme interest in reliving the best Mexican meal I have ever had led me to extend my stay. My overall plan unchanged, however, I spent my second day there driving across west Texas to visit Carlsbad Caverns.

Though I've very recently spent a couple hundred words mocking it, there's an undeniable romance - romance surely cannot be the right word - to places like the outskirts of El Paso. Travel far enough east out of downtown and there's only one road left, commercial presence reduced to chop shops, strip clubs, and adult video stores, every single one of which was actively advertising their inventory of Stormy Daniels DVDs. Go a bit further, as quickly as you can, and suddenly you're among mountains. It's these sorts of roads that give "horsepower" an actual, tangible meaning; having no need to turn, no need to slow down, and nothing in particular by which to mark the passage of time or space, your car gallops across the landscape until you catch up to and pass, with great gusto, a moving van or something. I briefly clocked 110 while passing a dozen cars at once (led by a UPS truck a hundred miles from any address), totally secure in the fact that I could see the next three miles of the road.

Anyway, I eventually got to Carlsbad Caverns, a place that is extremely my shit (pictured above). Incidentally rather than intentionally, the Caverns have adopted a couple things that would greatly benefit every other National Park - it's incredibly dark down there, obviously, and nearly impossible to take photos; additionally, the path into the caverns is a descent of some 800 feet in the span of a mile of walking, the return trip discouraging or defeating enough visitors that once you're actually down there you have an enviable amount of space in which to operate without running into other people (there are, of course, elevators, but they were blessedly out of order when I went after a group had gotten stuck for three or four hours a week prior). The main attraction at the bottom of the long descent is named, accurately, The Big Room - a cave chamber of more than a mile in circumference (sorry the audio is so quiet but it really was spooky), home to countless very ancient limestone formations and one very big and dark hole called, officially, The Bottomless Pit (near The Bottomless Pit, there was a sign explaining that the pit, once thought bottomless, was actually only 150 or so feet in depth; decidedly bottomed, although still deep enough to comprise the bottom half of the cave's largest vertical span).

Up, and out. I stopped in nearby Whites City(?) for a late-afternoon breakfast burrito consisting of a tortilla, a slice of ham, and a scrambled egg, all at least a week old, and high-tailed it back to El Paso in order to catch the college basketball championship game at a Mexican restaurant deceptively (and enticingly) named the L & J Cafe. I had a fine Mexican meal, by which I mean a platter consisting of one of every entree in the Mexican oeuvre. I talked to two different people who invited me to a family breakfast the next day, and I'm mad as hell that I had to leave very early.

I returned to my Airbnb hype as hell about, uh, the city of El Paso, my enthusiasm barely lessened by my hosts' third attempt to sell me on something called a Water Ionizer (I was quick enough to capture only one of the monologues; the water I was served, pH 8.5, was... fine).