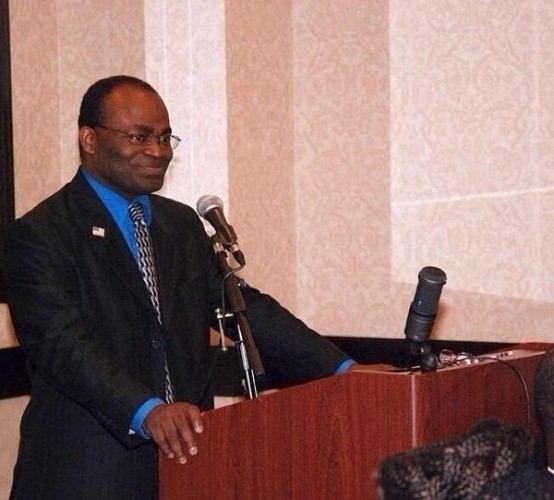 I didn’t even attempt to salvage the situation this go-round, and so naturally I ended up having a pretty alright time. Alas, I’m not sure that my experience is easily replicable and I’m unqualified to give the advice (speak even if not spoken to; approach interaction from a stance other than suspicion, etc) that would probably lead most directly to a similar outcome.

Even moreso than the original, this is an account not so much of visiting Las Vegas itself as of the experience of attending a tech conference there; I arrived early on Sunday morning and, though it’s impossible to say for sure, suspect that I did not leave the grounds of the hotel until Tuesday evening. Nearly immediately (but not before, upon entering my room for the first time, the automated curtain slid open and the TV began blaring a song titled 2764__Morning _ Uplift), I was once again in a massive hall full of dead-eyed attendees and absolutely insane speech-givers - as this was the format of essentially the entire conference, I’ve compiled some choice bits into a single mega-mix here, excerpting only a marketing professional's hopeful prognostication that one day, almost 100% of our waking moments could start to become web browsing sessions.

Suffice it to say that technology conferences are something of a living hell, and that Las Vegas is thus the perfect place to hold them. And yet, something was a little different this time - the initial shock and awe of visiting Vegas dulled by familiarity, I was primed to be all the more appreciative of my room’s creature comforts and sturdy deadbolt. First, I was staying in the Aria rather than, ahem, Treasure Island; when both are reduced to rubble by a heaven-sent ballistic missile, they will be indistinguishable, but for now the Aria is considerably newer and, with regards to the very large bed, more comfortable. Afforded a great deal of free time by the fact that I left the conference area 3-4 hours early each day, I got into the habit of following a purely hygienic shower with a purely relaxing bath, my most self-indulgent act of the last five years or so. After that, I would don a bathrobe, set the automatic curtain to sheer, and spend an enviable amount of time reading, writing, or watching TV (little to report, except for the discovery that ESPN has hired a southern male archetype whose role I can only describe as rural Virginian minstrelsy). I have occasionally described New Orleans as the perfect city in which to motionlessly live out the last days of some terminal illness, but I have to admit that the Aria’s fifteenth floor, amidst a far-too-short musical loop heavy on Sade and inexplicably including Donald Fagen’s I.G.Y., makes a strong case.

Eventually, the sun would go down (in Las Vegas, this means an immediate ten degree drop in temperature but no further change until the next morning) and things would start to get interesting. Now that I’ve figured out what I want to with these sonic landscape things, I set about recording what I remembered from last time, namely the famed Bellagio fountains (This Kiss in full and, unfortunately, mere seconds of God Bless the USA as passed by on the return trip). More importantly, I fell in with a group of Russians even more lax about conference attendance than I, and caught a ride to Old Vegas with them to gamble on the cheap. Russians love to gamble, apparently, by which I mean that Russians love taking as long as possible to get to a casino, doing nothing much there, and insisting when you attempt to leave at 2am that the night has not yet begun. What I’m saying is that I played a lot of blackjack alone at the table but for the dealer and, for brief and unlucky spells, drunks from Kansas, Ohio, or one of the Dakotas. Given that I learned to play from, and in the exclusive presence of, my grandfather, this was actually quite comfortable.

Playing blackjack in casinos, I’m pleased to say, is fun as hell; with a miserly approach and a basic grasp of the game, you’re in good position to neither make nor lose money over the course of several hours, during which time drinks are free (in my case, the exact sequence was making money and then eventually losing that exact amount of money). In a particular mood, I might make the claim that blackjack is analogous to life itself; an ultimately meaningless sequence along which our presence is a mere interlude or interruption, but which we ultimately end up playing to satisfy our curiosity about the end result. An added bonus is the game’s well-established non-verbal communications protocol, leaving the casino’s ambiance uninterrupted except by the occasional celebration. I also went to a preposterous speakeasy, where I was subject to the least interesting monologue, operating under the guise of conversation, that I have ever heard.

All told, not so bad - on my last trip, I barely made it to the airport before turning loose a diatribe, but after round two I was able to return to my usual habit of procrastinating as much as Wednesday night allowed. Part of this, I think, is a sort of adaptive survival mechanism. I’ve started to think of Las Vegas in terms of a hyper-accelerated urbanism, a look into the logical endpoint of the present trend of cities’ consolidation of the entirety of the upwardly mobile population within their cultural radius. Las Vegas is post-gentrification in the sense that there is no possibility of relocation across class or geographic boundaries (they’re the same thing); demographically, the city exists in stasis, each class having adapted to the state of things. The Strip is the city’s labor center, the playplace of tourists and the workplace of the city’s residents, hoping to carve out a living in the service of the infinite excess of the constantly-regenerating tourist population. One’s presence in the Strip is, no matter what, temporary; tourists leave for good and locals for the weekend. To stay any longer is, at best, financially impossible and at worst, a death sentence. There’s no other American city like Las Vegas, but the underlying structures - the construction of what is essentially a prop city upon which the interaction of visitors with too much money and laborers with too little is staged - is all too familiar. I don’t know anyone who lives on the Las Vegas Strip in the same way that I don’t know anyone who lives in San Francisco.

** Alas this conference’s closing rent out the whole club night was severely lacking in photobooths. Here’s one better: for the low price of my contact information and a few minutes of my attention***, some advertising company laced me with this bad boy

*** That attention was required for a presentation of a piece of technology that allows home online shopping sessions to be linked to your physical presence inside a company’s store, in which your interactions with individual products are tracked and used to manipulate you in the weeks to follow so that you could be enticed to, eventually, buy a pair of shoes (their example). If you want to do anything to avoid this, my actual advice is to never take your phone with you into a store and maintain very tight control over any pictures of you that are associated with your name/other identifying features [for this and other reasons, I decided a while back to follow Muhammad's lead re: graven images to the fullest extent possible; last year, I succeeded in limiting myself to appearing in about five pictures (two of them exclusive to this newsletter), and was delighted with the above caricature given that it must surely count as -1]