Do you have a moment to talk about Guido's Anidea? 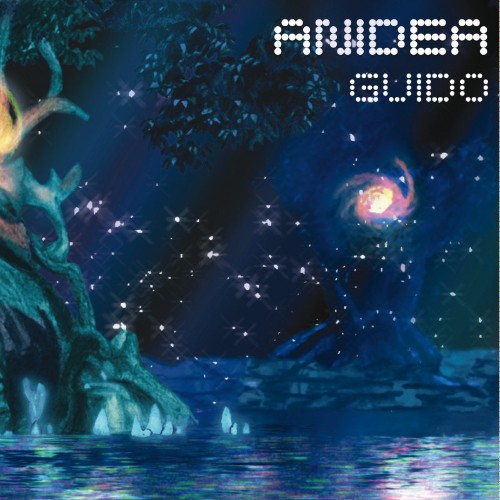 A lot of this will sound familiar - an album that constructs its own world, a nice accompaniment for a night drive - but I think it bears repeating given that Anidea is the work that made me realize that those things were possible with music. It’s undeniably dated, sure, but the concept - the soundtrack to an imaginary RPG in the tradition of the Final Fantasy series - is to my knowledge completely unique. In most contemporaneous reviews, it was lumped in with dubstep (partially, I think, due to a sheer lack of terminology; for god’s sake, purple music was still in wide use as a genre name), but its video game origins are so embedded the music that squeezing the album into a non-soundtrack genre or context feels like a disservice.

Anidea feels game-like in a couple ways - the pacing, its construction from endlessly loopable 16-bar segments, the reducibility of individual tracks to basal emotional states - but more than anything else, it sounds like the product of simple tools, born of and built for the era of 4-bit audio. Bass crunches, and not by choice; the synth pads should’ve stopped conveying a sense of wonder around the release of the Macintosh Quadra. The vocals are completely stock; when vocal synthesis advances to the point where singers need not have a human form, your machine will certainly come with Aarya and Yolanda settings pre-installed. There was no reason to believe that anything new could be wrought from these sounds, and yet here stands Guido.

Not that too many people noticed. The album made a minor splash amongst an exploding British electronic music scene, registering a respectable good not great and falling short of the (deserved) canonization that awaited Rustie’s Glass Swords or Hudson Mohawke’s early output. I myself came across it on /mu/’s (where else?) essential guide to dubstep, which, at a glance, holds up remarkably well. It stayed in rotation in my car, by which I mean I didn’t take it off the phone that I plugged into the cassette adapter, for quite a while. You Do It Right was the immediate hit for me, followed by renewed interest in Mad Sax a couple years later when, in something of a commercial peak for Guido, it became a mainstay in RL Grime’s live sets. Alas, Guido’s 2013 follow-up Moods of Future Joy flopped completely (and, frankly, deservedly, save for this pearl).

Anyway, back to Anidea and happier times. The reason the album sticks out so much is that isn’t playing by any particular set of rules; it’s a soundtrack for a video game, but not one that we know anything about. Guido’s on the mark in the sense that Anidea is a perfect musical accompaniment to… something, but in the absence of any further context on the game itself it becomes the background to anything from cleaning the house to (I would assume) going running or something; that is, the full spectrum from mindless leisure to mindless exertion (i.e. the exact refuge that gaming offers). Cat in the Window is addictively whimsical, and in such a way that it enhances the tedium of a task moreso through mood enhancement than sonic accompaniment (one would think that the title plays a role in this, but the question appears to haunt Guido to this day).

Have you ever tried to diagram a song? (Moreover, have you ever diagrammed a sentence? I have no recollection of ever doing so in elementary school, but I still see it talked about as a universal experience). Most everything on Anidea is strictly aligned to the grid, a format neither unfamiliar nor unwelcome in the musical lineage that the album claims. As new in-game developments would trigger musical transitions to match, so too do the songs find a way to weave themselves into your surroundings as you listen (to the credit of video game soundtrack composers, my brain was willing to integrate Anidea in the outside world, but I tried playing a game on mute while listening to Anidea and it wasn’t nearly enjoyable as the game’s actual score). Even if 140 bpm might be an ambitious walking pace, there enough going on to forge some type of connection; the sparkling chimes that announce a new section of Woke Up Early are a welcome addition to any situation.

His music career... on hold, Guido recently took an extended trip to Africa. Can we take this as a sort of lesson about the limits of digital escapism? I have no idea, don’t know the dude. I do know about the trip, though, so perhaps it was no escape at all.