A Guide to Dipset Trance 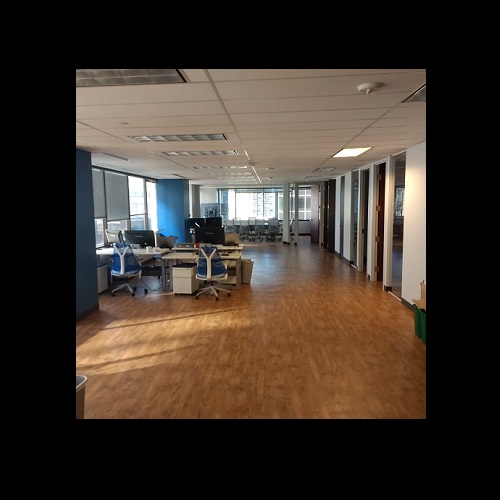 Remember Araabmuzik? Mr. Fast Fingers, producer of Get It In Ohio? Weird name but it’s cool, his shit's got two a's? Put out that album Electronic Dream in 2011 and hasn’t been heard from since? Turns out that he was part of a whole scene.

I should step back a bit. Neither regrettably nor particularly proudly, I wasn’t real attuned to what was going on with Dipset in the early 2000s. My only memory of the group, in fact, is when in middle school gym class I overheard Mike Engbersen ask Miles Neal what the airbrushed Dipset on his shirt meant. The answer was that if you were being chased by the police you could dip - duck into a side alley or otherwise divert from a perfectly straight path - and then you’d be set. This, for me, was the authoritative definition for several years thereafter.

Sometime later, in high school, I found out about Cam’ron, probably because his visage was being used to sell a t-shirt or something. Purple Haze, the consensus port of entry into his oeuvre, was and is a bit too typical of the early 2000s for complete and repeated listening, but one track, Killa Cam, stood out. For one thing, the sub would kick in and render the rest of the song practically inaudible when listening in my car (a trait I found quite desirable at the time). Upon dialing that back, one would find a secondary layer of cascading hi-hats, arranged not so much in distinct phrases as in a single endless wave. Knowing nothing about music theory at the time, I hit up my friend, an accomplished saxophonist, to ask what the pattern was and how I could replicate it. The answer? Uh, triplets.

I say all of this because this newsletter is first and foremost a space for self-indulgence, but also because I don’t think the origin story is particularly atypical of the people among whom Araabmuzik caught on. By 2011, it had been broadly acknowledged by the participants in rap’s tourism industry that Cam’ron was important (in the same way that Gucci Mane was important, E-40 was important, Lil Wayne’s Carter albums, Da Drought 3, and Dedication 2, but nothing else, were important) - so important, in fact, that his worth could extend to anyone within a degree of separation. It is thus that Araabmuzik arrived ex nihilo in the cosmopolitan consciousness.

What to do with Electronic Dream? It was a perfect situation. Freed of any need for actual evaluation (spoken for by the Cam’ron association), the musical content of the album itself - the most gauche pairing imaginable of 32nd note hi-hats and looped samples of massive trance hits - was able to exist relatively free of examination. That is, it was of a class of music that one was expected to appreciate whether or not one actually enjoyed listening to it, an intensely liberating artistic privilege.

Thus we arrived at a cultural moment - one of the more thrilling in recent memory - where it was of paramount importance that the broader critical class acknowledge and appreciate Araabmuzik. But where did he come from? Around 2010 (and among people who had almost no overlap/interaction with the Pitchforks of the world), trance was possibly the foremost expression of electronic dance music in New York and New Jersey, immediately preceding the whole nationwide dubstep thing but scratching the exact same itches for bombast and sonic maximization of your night on ecstasy or whatever. At the same time, New York was on the downslide in terms of its dominance of the rap mainstream, causing people to finally think about the possibility of a world beyond the boom-bap. For geographical reasons alone, trance and rap were bound for a natural intersection. Faced with the prospect of having to maintain not just Cam’ron’s career, but those of Juelz Santana, Jim Jones (lol), and a whole host of artists notable primarily for rhyming first and last names, Dipset branched out, investing in music’s new, electronic future by way of a series of Dipset Trance Party mixtapes featuring Araabmuzik and a deep pool of similarly-minded producers that had begun to coalesce around him. They weren’t particularly successful (their contents, usually 50 or 60 minute-long tracks to a tape, are scattered across a few low-view Youtube channels), but they were absolutely awesome. In the sound’s simplicity, they found a kind of - refinement can’t possibly be the right word - refinement that makes for effective listening even years later. Imagine throwing on I’ll Hold On and retaining the cognitive capacity to feel anything but the euphoria that the track insists upon (repulsion at the gramophone-tier audio quality would be a valid, if disappointing, take).

Let me tell you a bit about my job. Every day, I walk downtown to the Columbine Building, where I ride an elevator to the 14th floor. Of my office’s three employees (the majority are based in Chicago), I am always the first and often the only to arrive, since the others are (1) a co-owner of the company and (2) really into working from home, not least because she really (and rightfully) despises the co-owner guy. Some days, I won’t hear from any of my co-workers at all; others, someone will tell me to start working on a project that will get cancelled or otherwise diverted a day or two later. Very occasionally, a project will stick and I’ll be occupied for the better part of a week. Every three months, my boss calls to congratulate me on my performance and give me a raise.

Point is, I spend a lot of time listening to music in this empty room. Digging deeper into this scene over the past few weeks, I’ve thought a bit about the live performance environment that it would facilitate - it’s very obviously music for the club, and for the turn-of-the-decade New York/New Jersey club at that. I suspect that I’d have hated it, partially because I vaguely recall Jersey Shore and partially because of my crippling fear of appearing outwardly to enjoy anything. Instead, my trance party takes place in the office, between the hours of 8:30am and 4:30pm, when I would otherwise be feeling nothing at all. I stand still and expressionless, in a room I presume to be silent outside of my headphones, as receptive as I could ever be to piped-in emotional stimulus, the genre.