A Guide to Afrobeats 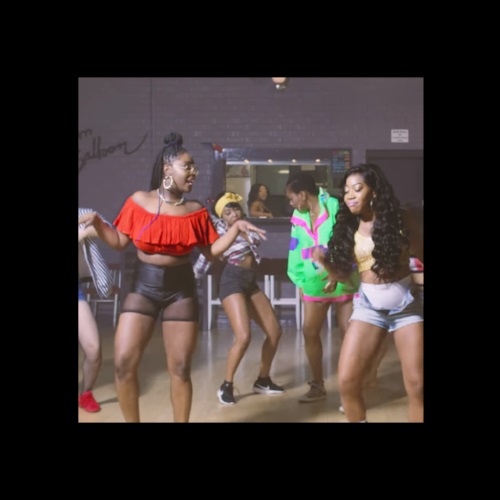 Apologies for the lateness, y’all - today and yesterday, I’ve been at a conference for something called DNN, which we don’t have to talk about at all. Because I’m a lazy, unprincipled shit, I offset my considerably-earlier-than-usual wakeup time with a Lyft to the convention center. My conversation with the driver, Oswaldo, unsettled me for several hours following, and I’m only now getting to this. A brief excerpt:

Oswaldo: Because you know if CNN is fake news, then maybe DNN would be fake programming.

Oswaldo: Are you a web designer?

Oswaldo: Because they design and build the web. And then they eat the bugs!

This, alas, was but one of our fifteen minutes together.

Anyway, we’ve been living in the age of Afrobeats for a couple years now, and life has been good. The sound, pioneered by people like Davido and Seyi Shay, has broken through bigtime on the strength of hits from... *squints* Ed Sheeran and, uh, Drake. It’s unfortunate because it was totally predictable, but also because Afrobeats artists excel at a number of things (not only featuring actual Africans, but also unbelievable choreography and a coherence of place and sound that will forever elude ginger-ass Ed Sheeran) that absolutely do not make it to the re-packaged American version.

Again, this was inevitable, but it’s worth thinking a bit about why that was so. For, ahem, the Ed Sheeran audience, Africa exists as a couple of independent, one-dimensional ideas. It’s some kind of living hell, because their first and possibly only introduction to it was courtesy of whatever plot points of Heart of Darkness appeared on the back of the book and also the second half of the TV version of Blood Diamond. It is, throughout, simultaneously a sunny and cheerful place, because the musical signifiers of Africanism - hand drums and crisp, clean guitar playing - may very well be incapable of communicating any other feeling. It’s whatever, at a party I recently attended, caused a friend of a friend of a friend to listen to a friend of a friend’s stories about a lengthy trip there and respond I’ve never really wanted to go to Africa - what is there to do besides, like, safaris, which gets more troubling by the hour. Africa is ripe for de-contextualization and appropriation, not least because it is rarely given any context to begin with.

Africa is obviously not a monolith - Afrobeats, in fact, is in large part a Nigerian phenomenon, both in the country itself and among major emigrant communities in places like London, with a considerable Ghanaian cohort and rising popularity elsewhere on the continent (South Africa, meanwhile, is far more interested in gqom, which something else entirely). Confusingly, it’s not the same genre as Afrobeat (an older sound most often associated with Fela Kuti), but I think it’s fair to view the two as points along the same line. When tracing the five or so years of Afrobeats’s development, it’s striking to see how quickly the sound evolved - it’s no coincidence that Nigeria has some of the most developed internet infrastructure in sub-Saharan Africa, and changes in the sound (and accompanying images) have tracked closely with trends in rap and grime.

In the last few years, the exchange has finally started to become bi-directional. Wizkid looked ready for his moment when Drake remixed Ojuelegba, although failure to continue writing songs with a Drake-sized hole in them seems to have temporarily moved both Wizkid and Skepta back from the precipice of American stardom a little bit. Though last year’s massive Unforgettable eventually ended up in the hands of French Montana, it was written by/for/with Wizkid, whose original demo quickly became the definitive version for those in the know. It sucks that it got passed to French, whose contribution I can’t remember at all, but even this seems like progress from the Shape of You brain trust, which included a member of Snow Patrol and the guy who wrote The Wanted’s Glad You Came. Furthermore, there’s mounting evidence that American popularity is far from the correct metric by which to gauge the reach of Afrobeats. Burna Boy’s just-released Outside will get nominal stateside acknowledgement, but the tracklist is telling; its sole features, Lily Allen and J Hus, carry serious weight in London, increasingly the center of the musical universe (actually, not increasingly so much as it is the longtime home of sounds to which global attention is turning).

I, someone who will have absolutely no effect on whether Afrobeats proper will ever catch on in the United States mainstream, am pretty pessimistic about the prospect. This isn’t disappointing, per se, because it would be difficult to expect otherwise - the country’s pretty in love with the idea of Africa being friendly to embodiment in, say, a superhero film from which white folks will ultimately profit most (literally, in the case of Harvey Weinstein types, and in terms of spiritual peace in the case of the well-intentioned but severely deluded) rather than an actuality which doesn’t take to symbolic, singular representation. This so typifies America's current position at the top of a very steep hill of imperial decline that it's hard to have faith that it will change. It's nice that it has never been easier to keep abreast of musical bubbles outside of one’s own, but it's a shame that the thrill of discovering originators so often requires reckoning with the success of their imitators.