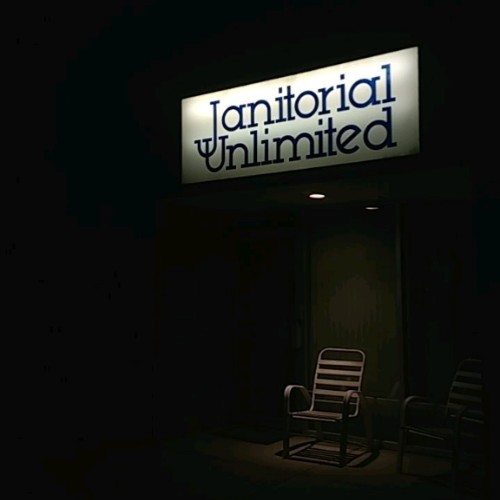 This church around the corner (St. John's) has been doing a program called "Music in the Dark" on alternating Sunday nights, where they light a couple candles and let the in-house organist go ham for forty minutes or so

- I totally recommend it for the Denver people on here; much of what she plays could be mistaken for Suzanne Ciani, and sitting in the middle of a cathedral's worth of organ pipes is surely the most impressive acoustic experience that you can have for free.

Over the years, Walt has dropped the three most salient pieces of music criticism I've ever heard, but he wouldn't want me to tell you about any of them

Shout out to Colorado's leading industry, being in other people's business

- It's about 6:30 and I just rode my bike, which does not have lights, past another guy on a bike who said, verbatim, "Oh man, no lights huh? Brave man. You're gonna get mowed down. Some old lady in a Cadillac's gonna spread you across the street. You're go- [pedalling furiously, I finally make it out of earshot]"

Fiscal year 2018 has marked me getting heavily into what I suppose one would call "dance music," although I haven't done a terrible amount of dancing and I'm not sure that something like this "Ole" mix really facilitates it anyway. This mix, by the guy from Rhythm & Sound, is essentially the original track stripped down and at half speed, providing no shortage of what the top Youtube commenter thinks of as "deep African vibes." It's driven by a bass line that refuses to quit, with little flecks of percussion and kwassa kwassa guitar, over which float occasional vocal snippets providing a lethargic sort of call-and-response. It's right at that magical intersection everyone's talking about where it rewards rapt attention and relegation to the background equally. As I've been watching/listening to the World Cup at work over the last few weeks, I've taken to turning down the commentary and playing it alongside this and tracks like it. It's a really nice effect.

Kodak Black, "About You Without You"

Alas, the paranoia is contagious as well.

I made brief mention of this, which is a perfect song, a few issues back, but I think it warrants a bit more. It’s been years since an instrumental has had me on the edge of my seat like the first 2-3 minutes of this did. It's not particularly intense or suspenseful or whatever; it's just utterly riveting. It lies simultaneously at the intersection of twelve familiar styles and in completely new territory, pressing all the right nostalgic buttons but remaining totally unpredictable. It's the proggiest thing that's ever given me this strong a sense of calm.

And then the vocals come in, and a man is singing matter-of-factly about the environmental threat of acid rain. As far as opening lines go, acid rain, fish are dyin' / poison falling from the sky / acid rain is collecting / in our fresh water supply is hard as hell and I won't hear otherwise. Don't get me started on the harmonies on each "acid rain." Unbelievable.

Steel 'n' Skin have a pretty cool story, too, which you can come up on quickly here.

Allstar JR, "Conversation with the Streets"

I still can't believe this record, which will almost certainly end up as my favorite song of the year. At 1:38, he drops the somewhat self-explanatory "ever had a fiend nod off in front of you? / puttin' ice in the man's pan so uncomfortable," which spawned a comment that has haunted me since.

This got memed pretty hard and, I mean, understandably, but it's top-tier. I remain very interested in Lil Tracy.

Lil Baby, Harder Than Ever

I can't figure Lil Baby out. He's one of five or so rappers doing incredible things in the wake of the Young Thug moment, and probably the single most compelling (shout out Sahbabii). He put out one of the year's best albums, and the only one I can remember (in this particular lane, at least) in which the solo songs were the highlights. In a scene oft accused of being staid in both production and rapping, he's somehow developed one of the most recognizable vocal timbres of the auto-tune era. He does that thing where he's flexing, and deservedly so, and then pivots seamlessly to "traumatized, traumatized, traumatized / seen my main man commit suicide / it was right in front of my eyes, I couldn't even cry / to this day I don't know why, it's still eating my insides" (from his feature on NBA Youngboy's "Traumatized") without a second thought. He's been my favorite rapper for a month or so now. I'll stop, though, because Kelefa Sanneh is still dropping asides that put every word I've written to shame.

"Trap Queen" blew up about three and a half years ago, and I haven't quite quit Fetty Wap since (not that I've tried). He probably deserves more mention in those conversations about this or that artist who birthed the modern rap scene, but to reduce his legacy to the work of his descendants would be criminal. This album's more than half capital-H Hits, a feat yet to be matched by anyone following the Wap-ian path of a viral hit > a rushed and bloated debut album > premature and undeserved irrelevance at the hands of predatory-ass 300 Entertainment. The word "restraint" is not a part of Fetty's vocabulary, nor is any negative connotation of "overwrought," and thank god for that. Of all the hot singles that Drake's hopped on uninvited, only the "My Way" remix ever left him sounding like he couldn't keep up. Surely there's more, but I think I've written about most of it elsewhere. It's been a year of twelve-inch singles, and if I'm keeping it a buck there's a month or two missing from the archive.

I finally got around to reading Ted Chiang's Stories of Your Life and Others, and in the titular story (on which the movie Arrival was based), there's a line describing the translation of life into "the ash of memory" as the procession of a flame down a cigarette, which fucked me up for a whole week.

Tennessee might have the best accents in rap, and I was delighted to hear BlocBoy JB put his on the fullest possible display with "in the urrrr like a UFO."

I won't highlight which parts of the Hua Hsu interview resonated most with me because that's a fucking stupid way to treat an interview, but boy did I feel that a couple times.

When Paul Thompson verbalized something I'd been unable to to about XXXtentacion as it’s much easier to form strong views on the situation’s component parts ("No one deserves to die" vs. "No abusers deserve sympathy," for example) than it is to wrap your mind around the totality of it... I felt that.

When I told the church organist lady that her playing reminded me of Suzanne Ciani and she said "I don't know who that is, but I'm sure I'm flattered..." I felt that.

Fabo losing his mind at the end of "Tattoo" rendered all previous feelings obsolete.

When Larry King said I BELONG TO A CULTURE OF PAPER... I felt that.