Do you have a moment to talk about Shlohmo's Bad Vibes? 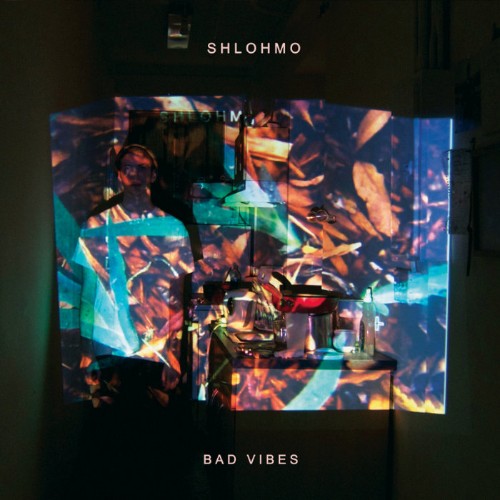 I’ve spent some six years of my life listening to this album in every situation imaginable, so it figures that the definitive experience would happen yesterday. Maybe it’s because I hadn’t actually listened to the album in a while, or maybe it’s hard to put myself back into the exact mindset of the era when I truly loved this thing - 2012, 2013, 2014, when I befriended at least three of you mostly because I could talk about Shlohmo for an hour and you’d tolerate it. Anyway, yesterday was far less exciting; the biggest joke of all about my job is that on the rare occasion that I do have to do any work it’s in the most hellish circumstances possible. For reasons all around unclear, I’ve been tasked with the upkeep of the website of the American Society for Surgery of the Hand, an organization apparently operated by people powerful enough to demand that their site be worked on only in the middle of the night.

So there I was at 4am, exactly one-eighth awake and expecting to finish half my workday before the sun rose. I was performing a sort of cruel parody of office work, in that I was literally following a set of help this alien make a peanut butter and jelly sandwich-level instructions regarding various maintenance tasks and, uh, downloads and whatnot. A lot of timid, self-conscious people are significantly more inclined to dance when drunk, and I discovered that the same is true of being barely conscious in a dark room. One doesn’t quite dance to Bad Vibes, of course, but the music lends itself well to an enthusiastic head bob. So too is it apt for pretending to play along - it’s rarely clear exactly what is being played, but it’s easy enough to tell when you should pluck and when you should drum. Or rhythmically rub your eye, or whatever; being tired affords a certain tolerance for the synchronization of sounds and motion. In any event, I had Bad Vibes on and it was the only thing worth paying attention to at that hour. I was awake enough to follow its rhythms, but not enough to concern myself with how off-kilter they were. Having listened to the album hundreds of times, I could hear the beginning of a song even as the previous track was ending, but my brain function was still limited enough to be surprised each time I was right.

God willing, I’ll feel distanced from that too in time. But never from Bad Vibes. It’s an album that’s at once clearly rooted - inextricable from the LA-based beat scene from which it was born - and everlasting, in that it has influenced my perception of almost everything that I’ve heard since. Trapped In A Burning House was the only song on the record that I skipped for a long time, and remains a bit of a speed bump in its otherwise flawless sequencing; nevertheless, it would later serve as a touchstone for when I started getting into noise. It was the only song relative to which I could situate Yellow Swans’s Foiled, the piece of music that introduced me to the genre and defined a year or more of my own music-making.

On another tip (one which you’ll recognize because I never fail to bring it up), Bad Vibes was one of the albums that taught me about the pleasures of music-weather synergy while driving. Maybe you’re listening to the album now - would you ever have guessed that it’s not raining? (Or maybe it is, and lucky you - in that case, this essay has little more to offer in comparison). I have more rain-centric memories of listening to this than one should have of any regular weather pattern. 3am outside of the Domino's Pizza at which I worked summers, an honest explanation of where I'd been that my parents never bought. Driving through a storm with James Jimmy Bullis for a concert in DC (whatever the show was, it was far less memorable). Annoyed among falling snow because I couldn’t convince any of my friends to make that same drive to go see Shlohmo (and RL Grime and Ryan Hemsworth and Slava and D33J). Trying and failing to get into some dumb secret society by completing a scavenger hunt that delivered me unto the supremely unsettling Alden House right as, what else, Trapped In a Burning House came on.

The record projects itself upon places it may never have been. Yet again, I went up to DC with Catherine Catherine Jessee to go see Skepta, and returned through the worst storm and via the narrowest roads yet, the whole time thinking (and occasionally exclaiming) that we were gonna die. I have no idea if Bad Vibes was on, but the distinct lack of any sense of calm on my part is the only thing that makes it seem unlikely.

Bad Vibes, I’m saying, is full of anything but. Memories of it aren’t scattered throughout my early adulthood because of universal applicability, but because of its specificity - the album might be unparalleled in the extent to which it can complement and enhance the right atmosphere. The emphasis is on right - the ideal situation here, I think, is not that the album provides the perfect background so much as real-world circumstances come together to form a portal straight to its world.